It’s a while since I managed to post a catch up blog, it’s on my to do list. However, last night I managed to get out to see my favourite Irish music star, John McNicholl and I just had to post a few pictures tonight.

John doesn’t visit Birmingham too often and as I am unable to travel to see him in other parts of the UK or Ireland, I have to wait for him to play my city and hope I can get out to the dance. It takes some strategic planning these days to do so, especially as it entails a late night but things worked in my favour last night and Cinderella did go to the ball. Cinderella also checked her phone every five minutes but that’s how it goes these days. I was so glad I was there. John has a fabulously rich voice and sings not only Irish and Irish Country music but also some Rock and Roll, Sixties and last night we had some Neil Diamond too. John has boundless energy on stage, a real entertainer. He has a great band of musicians with him, the music is wonderful. I was up on that dance floor almost all night, I made the most of the freedom I was enjoying, I felt like me again, if that makes sense? My knees are paying the price today though…

There are a lovely bunch of people I meet at John’s gigs and I’ve made some wonderful friends over the past four years. I was really feeling the love last night from them all. They had missed me posting on Facebook (I had no idea I hadn’t posted there since August), they were concerned about me, was I ok? Was I getting out? I’m still feeling emotional from the genuine concern and caring about me from these friends. I feel so loved by them and that feels so warm and comforting.

John himself is a true gentleman and I am so happy to count him as a friend also. Rumour has it that he is back in Birmingham in January so fingers crossed I’ll be pulling on the cowboy boots and heading for the dance floor again then.

So, a few photos from last night, I was so happy, I made them all have their photo taken with me. 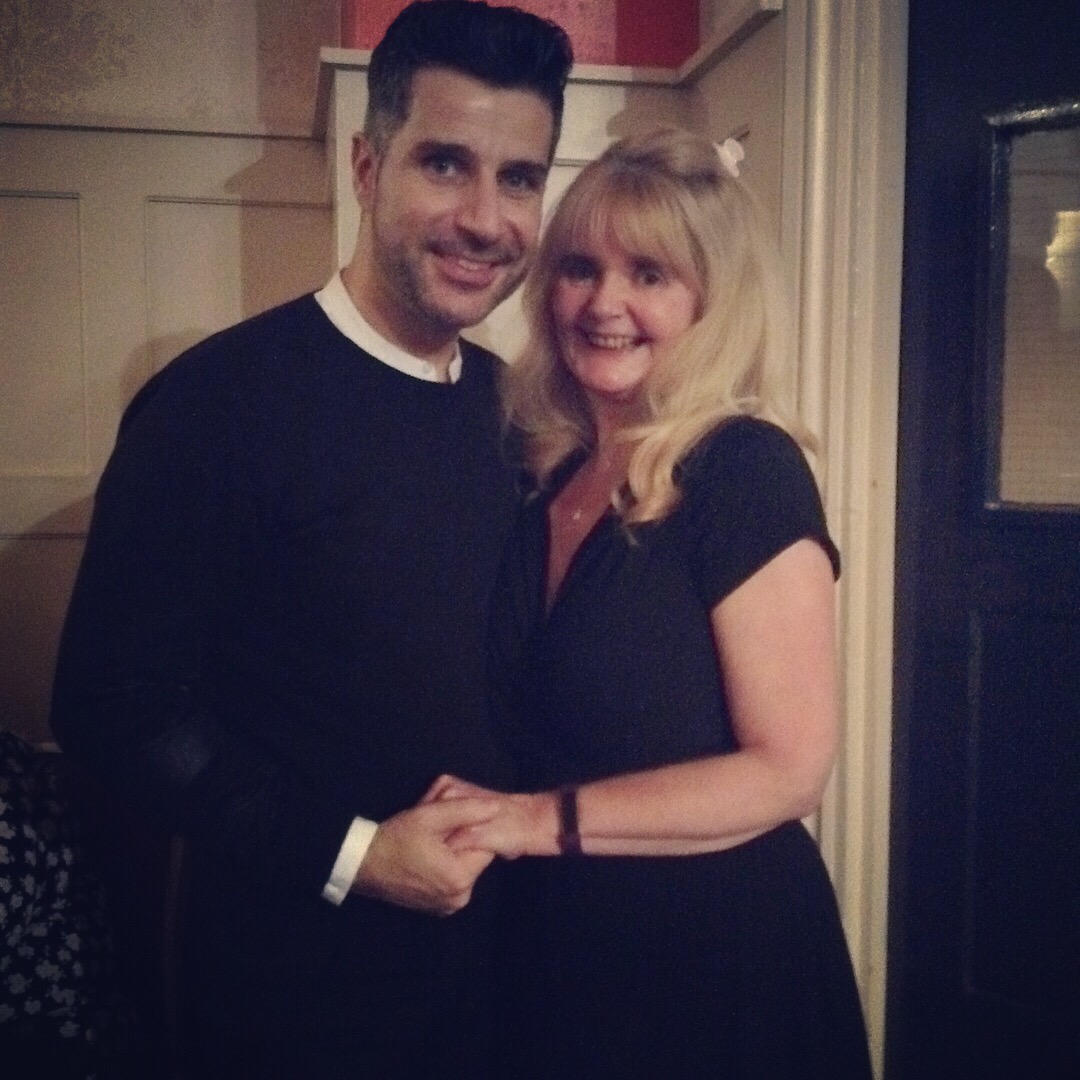 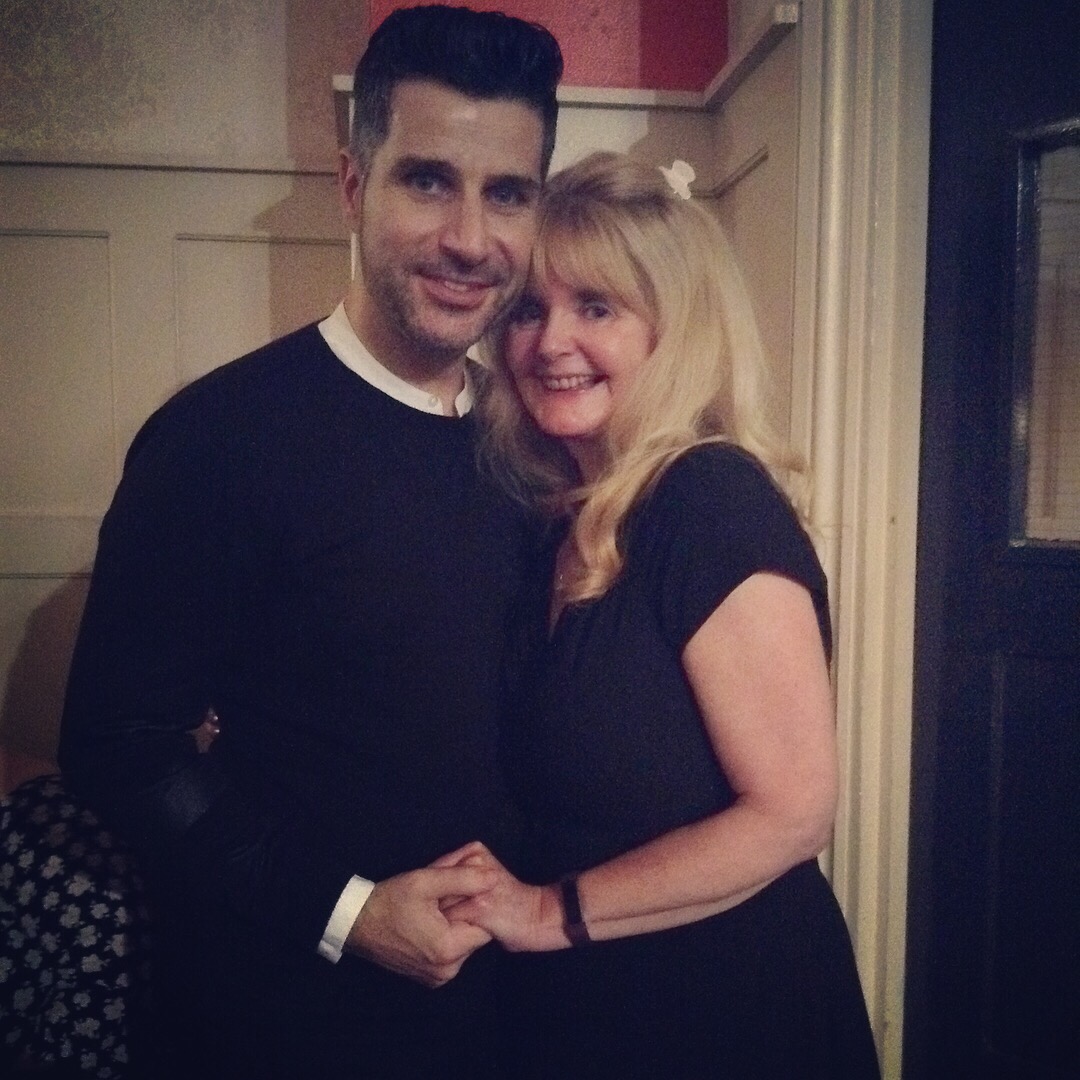 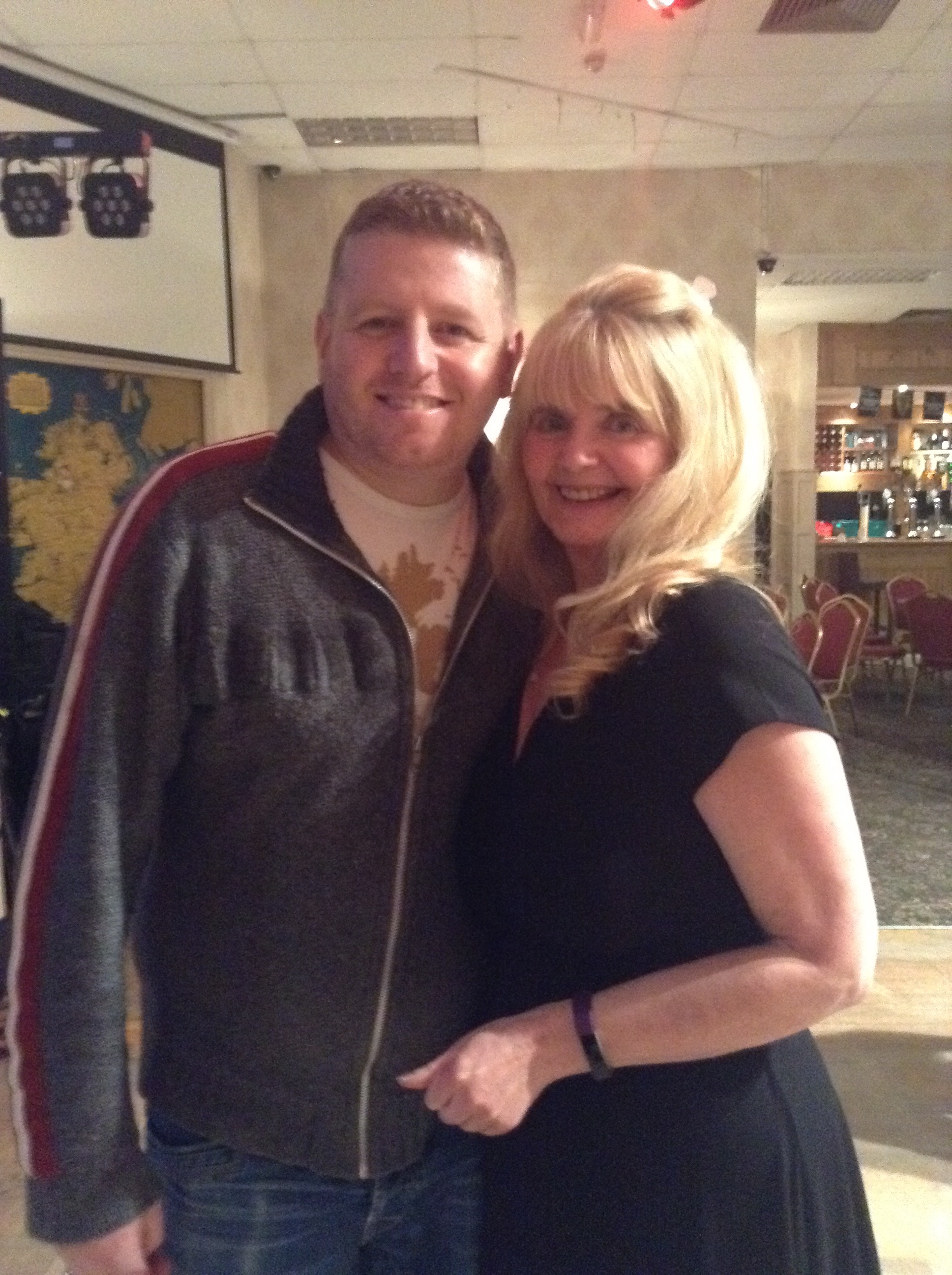 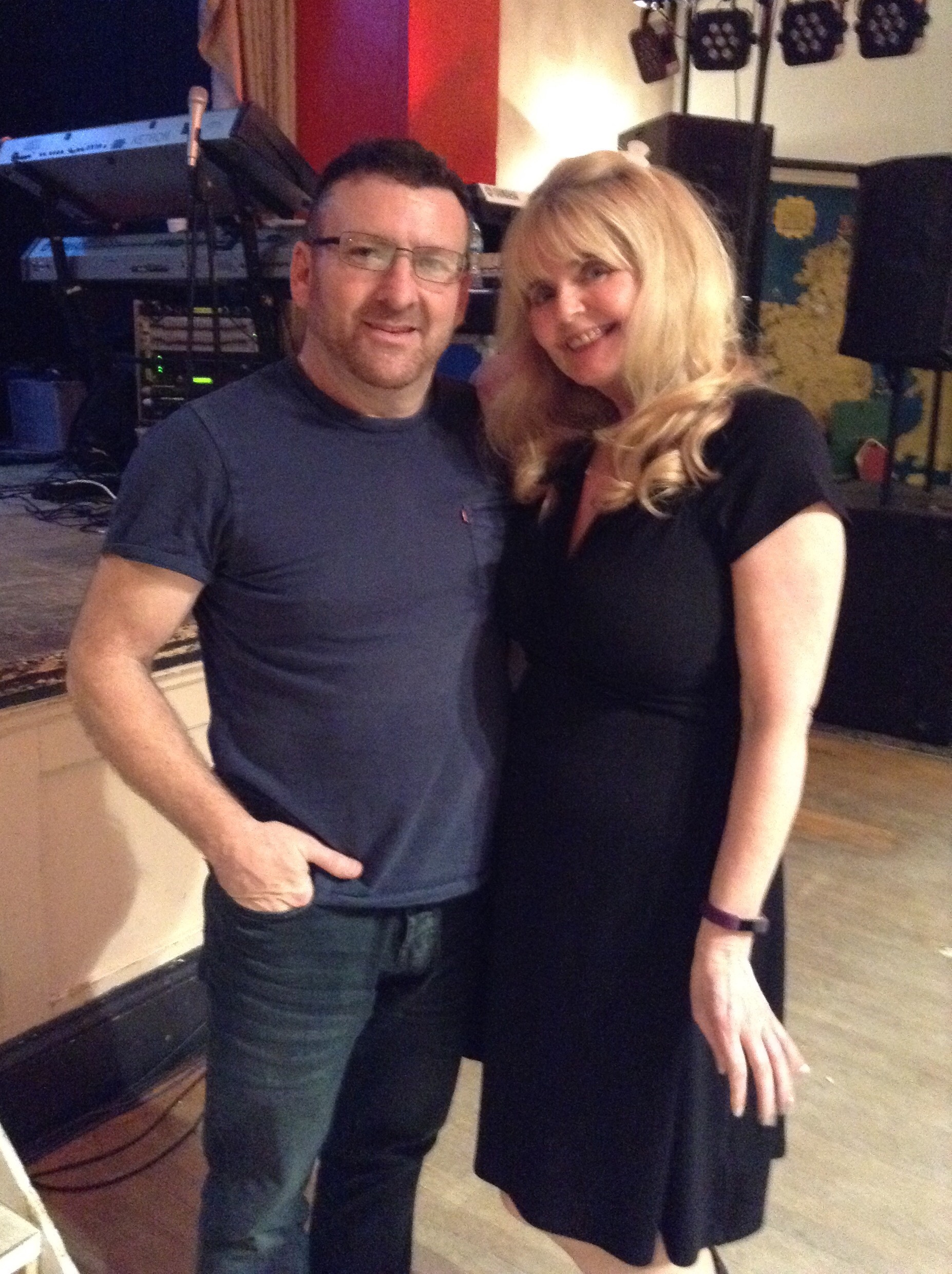 Johnny who plays the drums in the band. 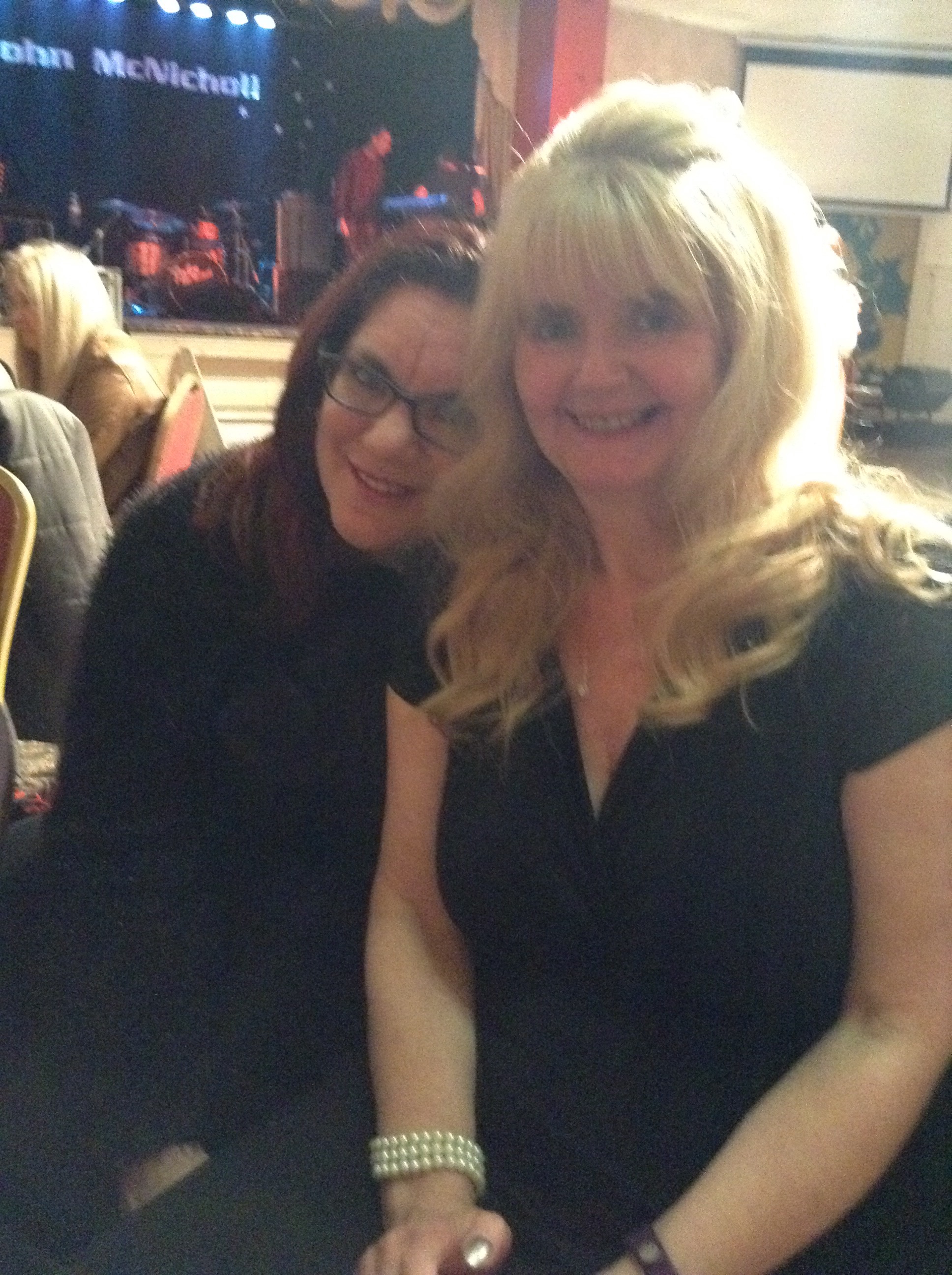 My friend April and myself.

I’m wearing the dress I bought for my Graduation which I ended up deferring until next year. However, I’m so happy with how I look for a change, that 22 lbs weight loss makes such a difference. No wonder I was a diva on the dance floor, I had the energy to do so!!

Published by Dawn - The Sparkle Diaries.

Leave a Reply to Christy B Cancel reply